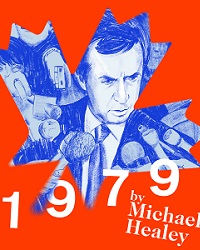 Talkback Thursday: stay after the performance for a 20-minute Q&A with some of the actors!